Hitting a high flying drive down the middle of the fairway is one of the shots that keep golfers coming back for more. While many golfers believe that bigger is better, this is not always the case. We take a look at the advantages of the best small head golf driver.

The golf driver is often the most prized club in a golfer’s bag for the distances that you can achieve.

Even though many brands offer the biggest head (460cc) allowed by the regulatory bodies, there are smaller drivers out there that can compete in the popularity stakes. 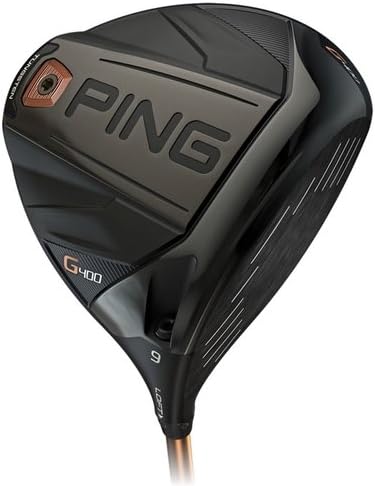 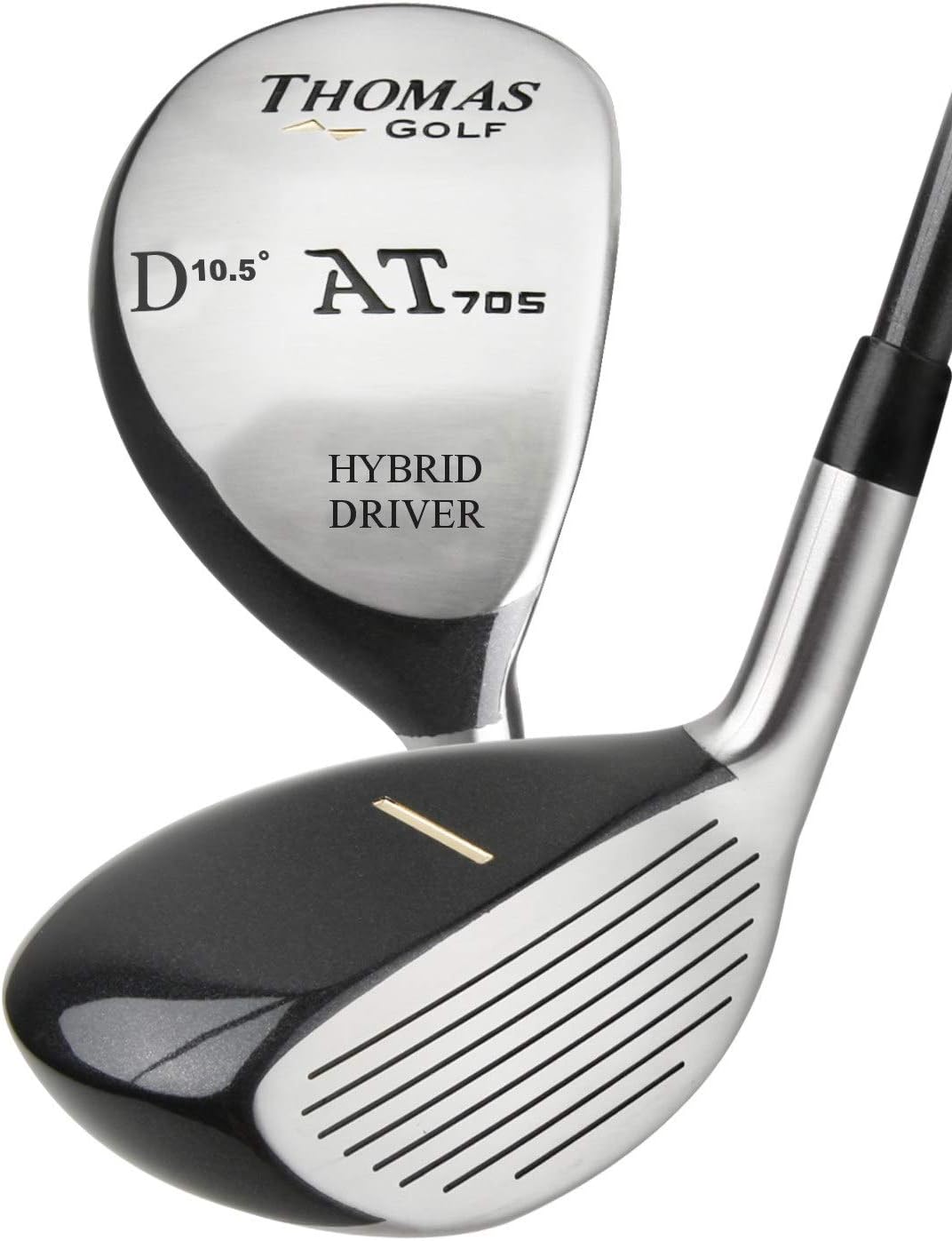 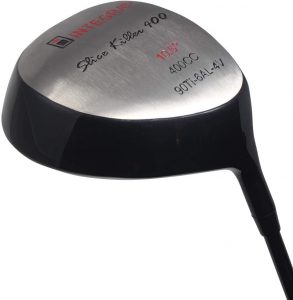 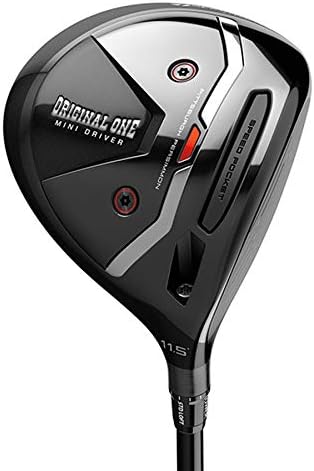 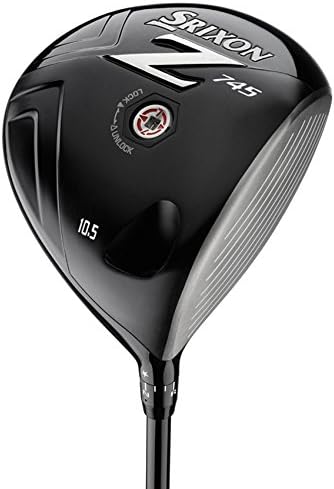 You may wonder why you would want to use a small head driver when you can go for one that is larger. If you are a beginner, a larger head might be of benefit but the better you get and the more playability you want, a smaller head might be the answer.

We look at a few things to think about.

What Are Small Head Drivers?

The maximum clubhead surface area allowed for a driver by the USGA (page 53) and R&A is set at 460cc plus 10cc tolerance. Driver heads ranging from 430cc to 380cc qualifies under the definition of a small head golf driver.

Larger heads offer you a larger face surface and forgiveness thus enabling you to achieve good distance on off-center hits.

However, when you strike the center of your drivers’ clubhead consistently there are some benefits to moving to a smaller driver head,

The benefits of the best small head driver are similar to those of blade irons over larger game improvement irons. The smaller driver clubhead enables you to control your drives better and work the ball to shape to suit the golf course.

A small headed driver gives you the option to change angles and perform sharper turns for accuracy. Small-headed drivers offer an increase in precision in addition to the extra distance.

How Is The Size Of A Driver Head Measured By The USGA?

Drivers, and other clubheads, can be measured through the Archimedes’ Principle that states that the buoyant force on a submerged object (Page 54) is equal to the weight of the fluid that is displaced by the object.

Water has a gravity of 1.0 and therefore a perfect tool to measure the volume of the driver’s head.

Every 1cc of volume displacement weighs 1 gram. Place container with water allowing for the clubhead to be submerged without overflowing onto a digital scale that can measure in increments of 1 gram.

Set the scale to zero before testing starts.

Submerge the head into the water and take the weight measurement reading to accurately display the volume of the clubhead.

What Type Of Golfer Is Suited To A Small Head Golf Driver?

Great ball strikers will benefit from using small-headed golf drivers. This is likely to include golfers that use bladed irons, low handicap golfers, and professional golfers.

Small-headed drivers are ideal for golfers require that want a smaller head than that found on large drivers yet larger than a 3-wood yet still offer the latest technology found in large-headed drivers.

If you have difficulty getting both the driver and 3-wood off the tee, a small head golf driver could be your savior.

Golfers with inconsistent impact would be advised to keep playing the larger 460cc driver heads.

Are Mini Drivers Easier To Hit?

Small-headed drivers are easier to swing faster but are not easier to strike the golf ball due to a mini head.

These drivers are also less forgiving than larger heads. Off-center impact on a smaller head is likely to lead to a larger loss in direction and distance than a large-headed driver.

Are Bigger Heads Easier To Hit?

Large 460cc driver heads are built to offer forgiveness over speed and accuracy. The larger golf population is playing off a mid or high handicap and therefore requires the larger head.

Golf drivers are measured in the surface size of the driver’s head and prescribed by the governing bodies of golf. CC is the abbreviation for cubic centimeters

Manufacturers have increased the size of the driver’s head to provide a bigger clubface for golfers that offer improved forgiveness for off-center strikes.

What Is The Smallest Driver Head?

The smallest driver head that is still actively manufactured and sold is the TaylorMade Original One mini driver at 275cc. Although there are smaller mini drivers on the market such as the 235cc Thomas hybrid driver, they do not have the same appearance as a proper driver.

In this article, we will look at the best small head golf drivers.

The Ping G 400 model is only slightly smaller than the maximum size measuring at 445cc with an ultra-thin crown and machine backed tungsten weight.

The ultra-thin crown and backward weight enables the manufacturers to distribute the weight thus increasing the moment of inertia for increased forgiveness and accuracy. Combined with the excellent weighting the faster-forged flexible face will add a smile to your face with the extra distance you will achieve.

Ping’s enhanced acoustics and the internal rib structure make the sound coming at impact pleasing to your ear. Although it will not improve your golf it will definitely add to the enjoyment of hitting this driver.

The latest Ping technology adds to the price of this driver pushing it to the top end of the pricing spectrum.

This Thomas Golf AT 705 Hybrid small head driver is pushing the limits offering a driver that is not much larger than some hybrid clubs on the market making it the first and only hybrid driver available at this stage.

At 230cc it is half the size of the maximum allowed. Available in lofts of 10 ½ – and 13-degrees it is aimed at providing driver performance rather than hybrid distance. Now you will be able to hit your driver off the deck much easier for those long approach shots.

The low center of gravity makes this driver as easy to control and strike like any other hybrid while adding distance off the tee.

Thomas’s alignment aid will ensure that you can accurately line up your shot.

Senior golfers tend to struggle a little more with a large clubhead that reduces their swing speed and produces less distance. Beginners and younger playes might have the same challenge.

The Integra Slice Killer comes with a 400cc head and 10 ½ – and 12 ½ degrees loft making it a proper mini driver. In addition to the smaller head, the lightweight premium graphite shaft encourages increased swing speed and more distance.

A well-designed alignment aid that does not stand out too much while filled with red paint will assist in getting the correct line at address. 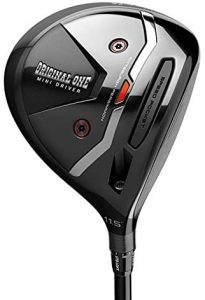 The TaylorMade Original One mini driver is one of the smaller drivers that still look like a driver with its 275cc head, 11 ½ degree standard loft that can be adjusted up to four degrees.

You may struggle to find many other small head drivers below 430cc, but the TaylorMade original One mini driver is still actively manufactured and sold.

Although not much larger than a 3-wood it performs like a driver and provides more forgiveness, distance, and accuracy than most fairway woods.

This is one of the few drivers out there that most golfers will be able to hit off the deck with the low center of gravity adding to forgiveness.

It is at the top-end of the pricing spectrum as can be expected from a premium branded driver including its major technologies.

The Srixon Z-745 Golf Driver measuring 430cc is one of the most affordable premium brand small head drivers. At 430cc there is little chance that it will be mistaken for a 3-wood.

It contains all the technologies you expect from a premium brand to make your round as much fun as possible striking long drives down the fairway.

Launching the ball into the air is made simpler with the low center of gravity while it offers a large sweet spot for accuracy and forgiveness.

Small head drivers have fallen out of favor for most of the premium brands and they concentrate on improving the technology for the 460cc drivers as these are their best sellers.

However, small head drivers have a significant advantage for good ball strikers that find the center of the clubface more often than not. You can swing a small head driver faster and generate more accuracy and distance.

Off-center strikes will be less forgiving and exaggerate the mistake. You need to find the right option for your game.

The editors’ choice for the best small head golf driver is the 445cc Ping g400 driver. Although only slightly smaller than the maximum allowed it performs above expectations and it includes all the advanced technology to be found in regular sized Ping drivers.

Any feedback about your experience with smaller head drivers is welcome in the comments section below.