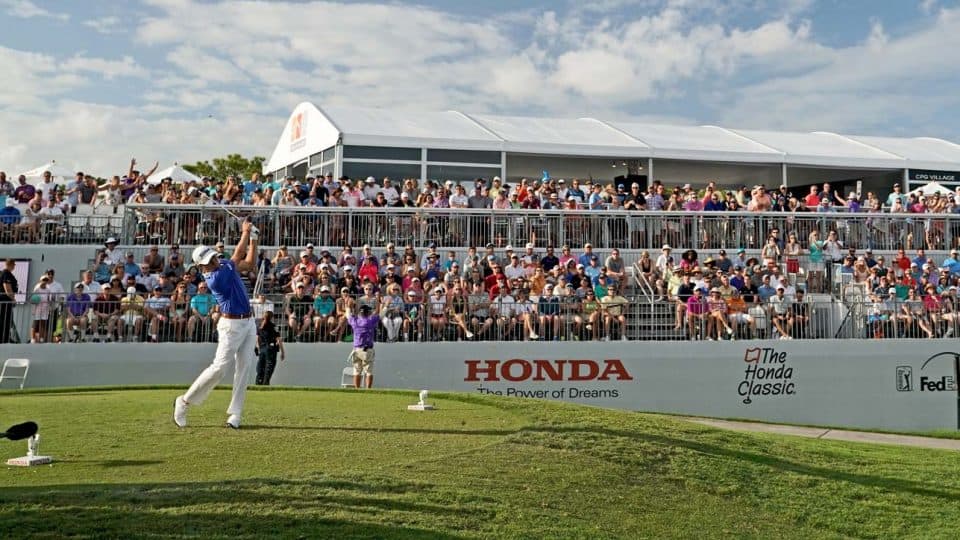 The tour moves east this week as the revamped Florida swing kicks off at the PGA National Champion Course in Palm Beach Gardens. The Fazio-designed, technical Par 70 track plays as one of the toughest on tour, with the infamous “Bear Trap”, holes 15-17, routinely damaging promising scorecards year after year.

Crucially, after a long stretch of weeks on poa annua, bermudagrass greens makes a welcome comeback this week for many players.

PGA National places an emphasis on strong iron play, especially from distance. Players are forced to club-down from the tee with so much water trouble in play (water hazards on 14 holes), resulting in lengthy approach shots.

Focus on players who have had their irons dialed-in over the last few weeks.

Along similar lines to SG:Approach, it is imperative players grind out green-after-green on this track.

If players are missing greens, the likelihood around here is that they are finding water at some stage and racking up a big number. Look for grinders who are more comfortable on tougher, higher-scoring tracks.

Key to this week is the transition from poa annua to bermudagrass greens. Many players remark about their dislike for the poa annua and you will likely witness huge disparities in SG: Putting figures from previous weeks on the west coast to this week in Florida.

Identify Bermuda-positive players who have shown they are comfortable in Florida in the past.

PGA National is one of the more exposed tracks on tour. Looking at leaderboards here in recent years, you will a strong correlation between traditionally strong wind players and success (Noren & Fleetwood in ’18, Fowler & Kaymer in ’17).

Whilst the forecast doesn’t appear to predict strong gusts this week, previous positive wind-play should still be favored.

Knox ticks a lot of boxes this week. A Florida-resident since his college days, he will enjoy the return to his favored bermudagrass greens this week. Runner-up on debut here in 2014, Knox followed that up with a third-place finish the following year, and a 26th in 2016.

The Scotsman ranked t6 in GIR hit last week in Mexico and closed with a +2.16 SG: Approach stat in the closing round, 6th in the field on Sunday. Knox has shown his liking for tough, wind-exposed tracks in the past with runner up finishes at Le Golf National in Paris and in the Irish Open at the K Club in 2016.

He is trending nicely in 2019, with zero MC’s & three top 20 finishes from his six starts.

Henley lifted this title in 2014 and can be expected to well again this time around. He comes into the event somewhat under the radar after an indifferent start to the year but is one of the quality players in this weaker-than-usual Honda field.

Russell has never been a fan of the poa annua greens used in the California swing so I wouldn’t put much credence in his missed cuts at Pebble Beach and in the Desert Classic recently. Instead, I would focus on his stellar performance in Phoenix, a track he usually struggles at, where he was 4th in GIR, 11th SG: OTT & 16th SG: Approach, eventually finishing in 15th place.

Henley is more than comfortable in the wind as shown here in 2014 and, with heavy rain expected on Wednesday, a softer course will hold no fears for the three-time PGA Tour winner, having won on the Shell Houston Open on a saturated track in 2017.

Henley has also won the Sony Open, a tournament which has shown a correlation to this event in the past, with many players appearing prominently on both leaderboards throughout the past number of seasons.