Most Forgiving Irons In 2020: Buying Guide

Irons make up the majority of a golfer’s bag, and it is critical to have a solid iron game. Whether a golfer is on the tee box, fairway, rough or next to the green, they can utilize an iron.

Having forgiving irons in your bag will help you hit better shots and put yourself in position to score.

This article will review the top five most forgiving irons of 2020 and detail what’s good and bad about each set.

Most Forgiving Irons In 2020

Most Forgiving Irons For Seniors

The main difference between forgiving irons and regular irons is the level of forgiveness when each type of club is hit. Forgiveness in golf means an imperfect shot still has a chance to end up as a decent shot.

Regular irons have smaller cavities which is the build in the back of the club head and behind the face. They can be classified more so as blades which are very thin on the head and are about the width of a person’s thumb. When striking a blade, the sweet spot must nearly always be hit to manufacture a solid stroke. If hit thin, fat or on the toe, the result will be a mishit and a bad shot.

Cavity backs have weight on the base or edges of the head and can be struck different ways. If you hit a forgiving club badly, you still have a chance at solid contact and a satisfiable result.

For example, if you’re sitting in the middle of the fairway 150 yards from the hole, and reach for a forgiving seven or eight iron and slightly mishit it—there is still a strong likelihood you will be on the green or near the green. The shot will carry about the distance you intended to hit it.

On the contrary, from the same yardage, a slightly wrong hit shot with a blade could end up 20 yards in front of you or 20 yards to the left or right of the green. Forgiving irons were created so the average or beginner golfer can make good contact nearly all the time.

Practice is essential to being a better golfer. Cavity backs allow the average weekend golfer who rarely hits the range and plays biweekly to have a more enjoyable time hitting better shots with forgiving irons.Blade irons require substantial practice because the owners’ swing must be executed to near perfection.

The forgiveness in forgiving irons is created with the weight located at the periphery of the iron head. Having more weight at the sole of the club enables users to lift the ball off the ground better and increase loft and distance. Most golfers have cavity-back irons in their bags with these irons among the most popular on the market.

What to look for when buying a forgiving iron

People decide to buy forgiving irons for various reasons. Some have trouble hitting their blades or thin irons. Others have extremely worn clubs and need an upgrade, and some want to experiment with new clubs.

When buying a forgiving iron, a golfer must consider a number of attributes including weight, grip and length.

Before purchasing a new set of irons, a golfer should go to his or her local shop and test out different irons. Hitting one set better than another is an indication the person has the right set. Getting fitted by a professional is highly recommended, but it can be costly. During this process, the professional customizes a set of clubs to your swing and your height.

The length of “off the rack” forgiving irons are made so that any golfer can use them. As stated two paragraphs above, it is recommended to get a custom length. Any golfer with a set of clubs set to their height has a higher likelihood of being successful. There are also one length irons in which every iron is the same length. Some golfers prefer these, but they are still rare to find in amateurs’ bags.

Choosing a grip for your clubs is all your preference. Some golfers prefer standard grips, and others prefer midsize or oversize. The material of the grip can be chosen to be softer or firmer as well as sticky and rough or smooth.

Hybrid irons are being used increasingly more often by golfers. The hybrid iron mixes the appearance of an iron and a wood.

One of the advantages to using a hybrid iron is increased distance. A hybrid iron will on average extend length by five to eight yards according to golfweek.com.

For example, an iron shot from a regular 5-iron that traveled 170 yards will travel 175-178 yards when using a hybrid iron.

Another advantage to hybrid irons are higher loft and trajectory. Hybrid clubs feature a design of the head setting the center of gravity lower and further from the club face. In turn, this creates more loft and trajectory on shots.

Hybrid irons are considered easier to hit due to their light weight.

Game improvement irons started being made and emerging in the 1960s. The clubs were created so people who struggled hitting their irons could see improved results on their scorecards.

TaylorMade equipment is used by some of the world’s best golfers and by one of the most successful golfers in history: Tiger Woods.

Aside from Woods, players such as Rory McIlroy, Brooks Koepka, (uses driver and woods) Dustin Johnson and Jason Day use TaylorMade.

The TaylorMade M6 irons feature a speed bridge structure that enables players to get more distance out of their swings. Adding their speed bridge technology allows TaylorMade owners to feel soft and smooth on impact.

The irons have a fluted hosel that increases the loft and ball speed even when hit on the lower part of the face.

All these new features from TaylorMade including forgiveness from the clubs make the M6 irons our editor’s choice for most forgiving irons.

The Mazel Single Length Iron Set features nine clubs all the same length at 37.5 inches. Each club has the same swing weight enabling golfers to feel identical when hitting each iron.

The set includes clubs 4-9 along with a pitching, approach and sand wedge. The lower center of gravity on the clubs helps players hit more accurate shots with more distance.

The clubs feature graphite shafts and stainless steel heads. The rubber grip is designed with shock absorption and helps golfers keep a firm hold on the club when swinging.

The irons have a HiBore Crown creating a low and deep center of gravity which is what sets it apart from typical irons.

The irons also have a High-Strength HT1770 steel face that enables solid hits on impact and gives golfers more distance.

The set comes in a regular, stiff or senior flex.

Callaway golf was founded in 1982 and has been providing state-of-the-art clubs to amateurs and professionals for years. 44-time PGA Tour winner Phil Mickelson is the most well-known golfer that has an equipment deal with Callaway.

The XR OS iron set is made with cup 360 technology that increases ball speed. The irons have a center of gravity that has been moved back and put lower in the club head helping increase distance.

The soles of the XR OS irons are wider which makes the clubs more forgiving and easier to mishit.

The clubs come in left or right handed models.

Most Forgivign Irons For Seniors

The Extreme X5 Wide Sole iBrid irons are created to replicate hybrids with a deep and long cavity back.

The cavity back is open on the irons and is designed to increase forgiveness and move the center of gravity in a lower part of the club head.

The set comes with a 4-iron through 9-iron along with a pitching and sand wedge. The irons have graphite senior “A” flex shafts.

Making the change to game improvement irons can make a big difference in your game. There’s nothing like hitting the ball solid, straight and long.

After reviewing the different clubs, we concluded that the best all-around and most forgiving golf irons were the TaylorMade M6’s. If you are looking for the best game improvement iron, look no further. The M6’s are our editor’s choice award. 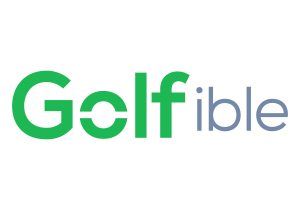