This post was most recently updated on October 10th, 2019

After last month’s comeback, catching or surpassing the Jack Nicklaus record of eighteen Majors is very much in the realms of reality for Tiger.

Sneaking in a second Major in two months could certainly mean Jack starts to sweat.

The host of this month’s US PGA Championship, Bethpage Black, however, has the ability to knock the wind out of Tiger’s rising sail. It’s difficulty highlighted by that notorious 1st tee sign is widely known.

Tiger has history here, both outstanding and indifferent. A winner in 2002 at the US Open, he had an injury inflicting middle of the road performance at the 2012 Barclays. Sandwiched in between was a missed opportunity at the 2009 US Open. Tiger’s opening round +4 left him with too much work to do over the weekend.

The graphic below measures these three performances as a whole. What’s Tiger shooting like at each hole over the years? Where are his weaknesses and strengths?

If you liked this graphic be sure to follow us on Twitter @Golfible for more updates throughout the tournament.

You may also be interested in our Trump Calculator. Using publicly available data, it calculates how many golf holes it takes the President to spend your salary or taxes since he’s been in office. 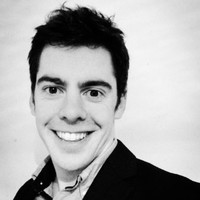 Alec likes to write about golf from a graphical perspective. With a data modelling background, he enjoys converting raw golf information into engaging user-friendly visual charts. Interests include statistics, Tiger Woods, and the history of Golf’s 4 Majors.